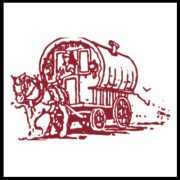 A Dales cricket club with beautiful views towards the Hambleton hills on a day when the country was basking in a heatwave – that certainly sounded appealing, and 11 Romany-ites arrived on time (!) for a 40 over match. There had been much liaising beforehand on the covid protocols and the reassurance from BY that there was a full fridge of beer and an honesty box!! A pre match conversation with their captain seemed to go well enough, and I explained we had the usual Romany mix of age, experience and talent, which he assured me was also the case for them.

BY elected to bat first and some post lockdown looseners were served up to their openers who quickly moved the score to 75 for no loss off 10 overs. This was looking like a long afternoon….. until Josh Walker (making his debut for the club) removed one of them, bowled with his first ball!! Sadly this meant that the Aussie from Darley came in however some tight bowling from Sam Smith and Josh pegged back the scoring rate. How Sam ended wicketless was bemusing! The opener retired when he got to fifty and then D.Read managed to hang on to a catch at mid-wicket to send the Aussie back to the hutch. Further accurate bowling from Marcus and Keith followed but somehow they managed to maintain their scoring on the small ground, regularly finding the boundary and pushing the total up. Charlie and Freddie Read bowled in tandem with contrasting styles – Charlie was unlucky not to pick up a wicket and Freddie found the outside edge for Steve Hardy to claim the catch. Josh and Steve Jackson finished off the innings which in the spirit of the pre-match conversation saw Romany use 8 bowlers. BY finished on 195-6 with the pick of the Romany bowlers being Josh on debut with 3-21 off 6 overs, great figures on such a small ground.

As the various styles of covid teas were consumed we thought sub 200 was very gettable, as the sun came out and our top order padded up for the challenge. Fresh from their partnerships in Sussex, brothers F and C Read opened the batting and looked comfortable defending and then putting away the bad ball. Charlie then unluckily got one that jumped on him and he edged to gully. Sam Smith came in at 3 in his usual swashbuckling way, and proceeded to take on the bowling with great effect – sadly though his preferred route was aerial and a mistimed one saw him back in the pavilion (well he would have been back in the pavilion pre-covid days….). Josh then entered hoping to add to his bowling heroics but again he was caught, as was Freddie who had looked comfortable and well set for a big score. A familiar tale of a Romany top order collapse…….

Steve Hardy was then the first of the three Romany LBW victims to be given out by their own team, but at least that was marginally better than D Read who was not only out LBW, but given so by his middle son! Marcus was bowled by a big turner and then Billy Read (another on full debut) held up one end whilst Rob Smith got in to the scoring with a couple of lovely pulls for four.   Billy was done for by the quicker ball yorker, Rob was another one that didn’t get his pads out the way, and Keith was the final wicket to fall, leaving Romany all out for 101.

Anyway, the fridge was stocked with beers, the honesty box was just that and it was a lovely afternoon weather-wise in a glorious location – not a bad way to spend a Sunday despite the result.

Onwards and upwards to Mytholmroyd this Sunday to play Little Valley.